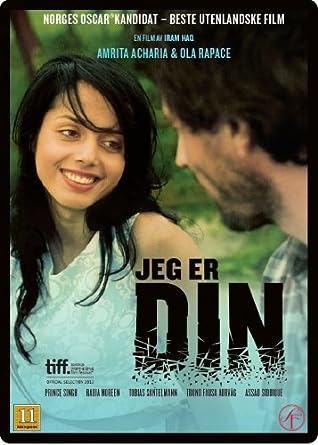 There will be an introduction prior to the film and a discussion following.

Why HM's made of the write stuff...: YOURS, E.R. BY TERENCE BLACKER

Recurring Event See all Every Friday. Join Nordic Seattle Sign-up for a free or premium account and be a part of the Nordic Seattle community! Already have an account? Login here. Join Nordic Seattle's Email List! Ruminations from Her Majesty For many years, Her Majesty the Queen has received a weekly report on the news and issues of the day, known at the Palace as 'The Current Affairs Briefing Document', from one of her senior private secretaries.


She has replied to them in letters which have expressed her private thoughts, and occasionally questions, about what is happening in the world outside. WIN a copy of the book here! Now author Terence Blacker affectionately imagines her responses to the events of the past 18 months, from the Olympics to the announcement and arrival of the Royal Baby D ear Sir Jeremy What a joy it was to read your Bulletin at the end of a somewhat strenuous week.

It does make me laugh to see how even the professional grumps in the press have been forced to join the national good mood. Perhaps the wind will change now and those ill-tempered journalists will be stuck with a smile on their faces. Maybe not. Strangely, all this has made the last few days more tiring, not less. When I am simply being my normal self, everyone knows where they stand in the scheme of things.

I am the Queen, they are the subjects. Conversation is polite and formal and stays safely on the surface of things. But when people become relaxed, almost a bit squiffy with shared happiness, it is really altogether trickier. So I have to be cheerful and relaxed, and yet dignified. Like many people, I had been secretly dreading the opening ceremony.

I worried that it would be all Shakespeare and cream teas and bowler hats, or that the people organising it would try too hard to get away from the past with some ghastly line-up of girls or boys doing the dancing and singing acts that are now so popular. Instead, it was like a rather odd dream.

Those Victorians in funny hats. The nurses and doctors prancing around beds. We were all making fun of ourselves, but in an vaguely amusing way. Then there was the helicopter business. As you know, I had my reservations about being part of a comic turn involving James Bond.


Bond, with his smooth chat and caddish ways with women, reminds me of rather too many men I have met in my time. Andrew tried to be a Bond at one stage.

Dear Tony Snowdon, when he was Antony Armstrong-Jones, managed it somewhat better, albeit in a slightly fey, pint-sized way. But Thrusting Justin in the press office was so keen. Apparently, it would show the human face of modern monarchy. Then, when they told me the dogs would be part of the film, I began to think it could be really rather fun, at least for them.

They do love a change to their routine. I asked what would be involved. They told me that I would have to walk along a corridor with Cider and Berry at my heels, and James Bond beside me. How wrong can you be! We had agreed to let them do their filming in the rooms above the State Rooms.

About 50 people were milling about, some with cameras or tape-recorders or tiny machines to show whether it was light enough. Young men were talking into mobile phones. Girls with clipboards strode about the place telling people what to do. When they did notice me, there was the usual fuss, ending up with people standing around in a semi-circle, gawking at me with the smiling, overawed expression I have come to know so well down the years.

A scruffy middle-aged man the director, I assumed introduced me to the actor playing James Bond, a chiselled, muscle-bound chap who did one of those showy bows that actors are so fond of. I must say the filming took quite a lot longer than I expected. We did the scene with me sitting at a desk, ignoring James Bond while he waits, before doing our dialogue: Me: Good evening, Mr Bond. James Bond: Good evening, Your Majesty. I managed that without too much difficulty. Then we walked down the corridor and after that there was a huddle in the corner about how it all had gone.

It was more of a footmanwalk rather than a Bond-walk the walk is very important with Bond, apparently. He said Bond needed to look at me but not too much.

Then, when he tried again, my old bitch Berry lost interest and wandered out of shot. Unwisely, one of the young men tried to pick her up and, well, you know she hates being pulled around by strangers, particularly men. I calmed Berry, they calmed Bond.


We tried again, this time with the dogs knowing that there was a treat in my handbag for them.