Despite his shyness masquerading as hauteur he then became a success in society and Antoinette is interested in him at once. Hearing the amazing tale of his trek across the desert, she decides on a whim that she wants him as her lover, never intending to fall for him herself, but rather to have him as a conquest before any else can claim him. He is of course, also handsome. Alas for Armand, Antoinette is his first love, and smitten, he little realises what's in store.

He visits, and she plays the coquette with him. This goes on too long for her however, and her friends tease that she will be stuck with him so she engineers a quarrel and almost breaks his heart by telling him that she wants only to be his friend. She claims that this is because she is not free, and he man-of-action suggests that the obstacle could easily be overcome.

She, mindful of what she would lose if that happened and confident that she can 'tire him out', agrees to see him ostensibly as one of many, and warns him that if 'an accident' were to befall the duke they could never be together. But inevitably she falls for him herself, and has to use religion as a shield to prevent all but the occasional chaste kiss. Confused herself, because this was her first love too, she did not know how to control her emotions and was cruel because she feared the loss of her position as the Duke's wife.

Her refusal stings Armand: "I am in despair that God should have invented no way for a woman to confirm the gift of her heart save by adding the gift of her person. The high value which you yourself put upon the gift teaches me that I cannot attach less importance to it.

If you have given me your inmost self and your whole heart, as you tell me, what can the rest matter?


And besides, if my happiness means so painful a sacrifice, let us say no more about it. But you must pardon a man of spirit if he feels humiliated at being taken for a spaniel. We become bond-slaves when we give ourselves body and soul, but a man is bound to nothing by accepting the gift. Who will assure me that love will last? The very love that I might show for you at every moment, the better to keep your love, might serve you as a reason for deserting me.

I have no wish to be a second edition of Mme de Beauseant.

Who can ever know what it is that keeps you beside us? Our persistent coldness of heart is the cause of an unfailing passion in some of you; other men ask for an untiring devotion, to be idolized at every moment; some for gentleness, others for tyranny. No woman in this world as yet has really read the riddle of man's heart.

It is the Marquis de Ronquerolles, no friend of Armand's at that time who enlightens him. He mocks his boyish folly, and advises him, if he must persist with a woman not worth his passion, to be firm and refuse to take no for an answer.

So Armand surprises Antoinette in her boudoir, and makes his demands to her lofty refusals. He realises that Ronquerolles is right and resolves to make her pay, 'steel against steel'. He ignores her for a week and then at the ball of the Comtesse de Serizy Ronquerolles' sister he makes his move. He tells an old anecdote from his travels to London, about the axe which was used to chop off the head of Charles the First, and the edict that no one should touch the axe.

When Antoinette teases him about this old story, he warns her quietly that she has 'touched the axe', and is in peril of some misfortune, perhaps to the hair on her pretty head. She scorns the prophecy but lo!


To her astonishment he unbinds her, declaring that he will not take by force what she refuses to give. He merely wants her to listen as she will not listen when she is in her own rooms. He tells her that it's any man's lookout if he cannot make a woman love him, and she would be within her rights to refuse him if she does not care for him. But he knows she does, and she has robbed him of a sublime happiness and poisoned his future with her caprice.

God may forgive her but she needs to expiate her sin here on Earth. It is quite a long speech. These words unfreeze her heart but it is too late; he says he no longer feels anything for her. He means to brand her with a cross on the forehead and his friends enter to do it. He weakens, however, and sends them away, and she, victorious, sees his tears in the mirror.

She tries again to reconcile but he refuses, and he leads her back to Madame Serizy's where she pretends that nothing has happened except that Armand's prophecy has unnerved her.

The Duchesse of Langeais by Honoré de Balzac - Free Ebook

She now tries to retrieve his love but to no avail. He is obdurate; he is silent; he has withdrawn. She saw him once, at a review, two months later, and then threw caution to the winds and went, publicly to his home. Scandal erupts.

At court the aging Princess with her encyclopaedic knowledge of aristocrat ancestry tells her gossip, and she reveals to the Duke that Armand de Montriveau indeed has good prospects not widely known if the the Dulmen branch of the Arschoot Rivaudoults should conveniently die out in Galicia, for then the Montriveaus would succeed to the title and estates. Oh dear, Antoinette could have had it all, eh?

The Princess seeks to smooth over the scandal, her uncle the Vidame reminds Antoinette about all she might lose, and the Princess urges her not to give up the right to bear a future Duc de Langeais but when Antoinette finally agrees to discretion Ronquerolles interferes again and the on-again-off-again romance falters because Armand is angered by Antoinette's duplicity all over again.

Antoinette then seeks the help of the Vidame to get Armand to read her letters, and he, old cynic, agrees to indulge her. In despair she writes to Armand, telling him that if he refuses her she will take herself off to a convent, and then — believing he is at home — in disguise as a maid she goes to his house to wait for an answer.

But he is not there, and she — believing she is rejected - takes herself off to the nunnery, which leads to the frantic, and then international search for her. All to no avail. Until Then the Duke de Langeais dies, and Armand and his trusty friends mount an audacious rescue mission involving disguise as American sailors, an ingenious ascent of an impregnable cliff, chocolate and some house-breaking tools. All this enterprise and daring however is too late: worn out by years of fasting and fruitless passion, the Duchesse has died.

That very day, of course. All that remains for the Thirteen is to remove her body, and mystify the nuns but ignominy awaits her.

As they stand on deck together Ronquerolles cynically says "That was a woman once, now it is nothing. Let us tie a cannon ball to both feet and throw the body overboard; and if ever you think of her again, think of her as of some book that you read as a boy. Now, after this, have passions; but as for love, a man ought to know how to place it wisely; it is only a woman's last love that can satisfy a man's first love. Quando ele se descobre ludibriado resolve se vingar e recorre ao Clube dos Treze, sociedade secreta do qual faz parte onde os associados se comprometem a se ajudarem uns aos outros.

A wealthy and sternly disciplined convent of the Order of Barefoot Carmelites survived the French Revolution and the Napoleonic wars. 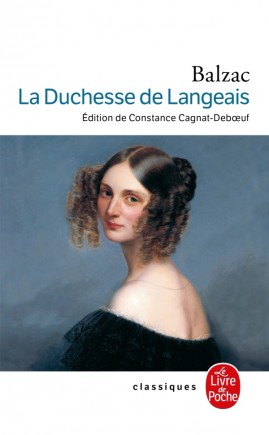 It was here that the Duchesse de Langeais sought refuge after fleeing Paris. Nov 20, Daria Zheglo rated it it was amazing. Sep 12, Terry rated it really liked it Shelves: owned. Jan 20, Jeremy rated it really liked it. No 50 shades in this book. Straight up dark romance. Jul 23, Kesha rated it really liked it. Balzac is known for beautifully conveying the full range of human sentiment and complexity in his characters. He is also known for digressing from the storytelling to devote several pages to his detailed, didactic explanation on the current state of affairs, and so would be interesting to students of history as well as lovers of novels.

In this story, between telling of the duchess toying with Montriveau's heart and of her pain and passion when she decides too late that she does love him and he decides too late to forgive her and go after her, Balzac takes time out to explain in detail how the aristocracy was once an important part of the French state whose contribution justified their life of leisure but how it had fallen to a thorough state of decay in the Faubourg St Germain by the time of the Restauration.

The ending is dark and surprising. Supposedly, Montriveau is based on Balzac and this story inspired by a similarly frustrated love of his and his hard feelings. The duchess in the story is both a metaphor for the decadent aristocracy and a representation of the woman who forever darkened the poet's heart. Talvez por ter sido escrito em forma de folhetim, Balzac tenha se alongado tanto para explicar o passado dos protagonistas.

This conversation is precious! I also enjoyed Balzac's contemplation of the role of aristocracy in France. Indeed, he was of Europe's first and best sociologists! 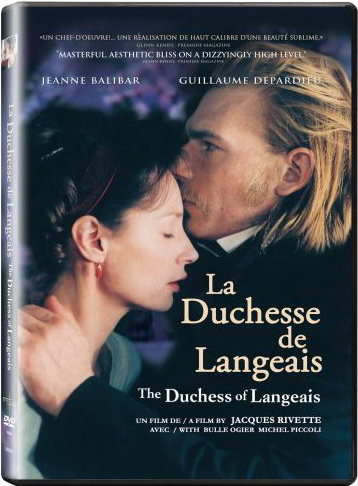