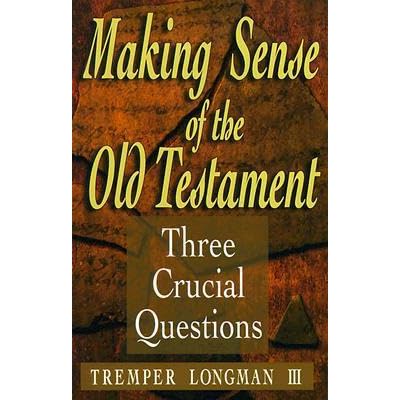 Nor is it, for the most part, what Jesus is talking about in the gospels. What about scripture? And the attempt by many evangelicals to argue a general doctrine of scripture out of the use made of the Old Testament in the New is doomed to failure, despite its many strong points, precisely because the relation between the Old and New Testaments is not the same as the relation between the New Testament and ourselves.


As we shall see, in the Bible all authority lies with God himself. The question of biblical authority, of how there can be such a thing as an authoritative Bible, is not, then, as simple as it might look. In order to raise it at all, we have to appreciate that it is a sub-question of some much more general questions.

Once one gets away from the idea of a rule book such as might function as authoritative in, say, a golf club, this question gets progressively harder.

Episode 53: Solo -- On Morality and Rationality

If you were a Jew, wanting to obey the Torah or, perhaps, obey the Talmud you would find that there were all sorts of difficult questions about how a text, written so many years ago, can function as authoritative today. Actually, it is easier with the Talmud than with the Bible because the Talmud is designed very specifically to be a rule book for human beings engaged in life in a particular sort of community.

But much of what we call the Bible—the Old and New Testaments—is not a rule book; it is narrative. How, for instance, can the book of Judges, or the book of Acts, be authoritative? It is one thing to go to your commanding officer first thing in the morning and have a string of commands barked at you.

A regular response to these problems is to say that the Bible is a repository of timeless truth. There are some senses in which that is true. But the sense in which it is normally meant is certainly not true.

The whole Bible from Genesis to Revelation is culturally conditioned. It is all written in the language of particular times, and evokes the cultures in which it came to birth. It seems, when we get close up to it, as though, if we grant for a moment that in some sense or other God has indeed inspired this book, he has not wanted to give us an abstract set of truths unrelated to space and time. He has wanted to give us something rather different, which is not in our post-enlightenment world nearly so easy to handle as such a set of truths might seem to be. The problem of the gospels is one particular instance of this question.

And at this point in the argument evangelicals often lurch towards Romans as a sort of safe place where they can find a basic systematic theology in the light of which one can read everything else. I have often been assured by evangelical colleagues in theological disciplines other than my own that my perception is indeed true: namely, that the Protestant and evangelical tradition has not been half so good on the gospels as it has been on the epistles.

Because, I think, we have come to them as we have come to the whole Bible, looking for particular answers to particular questions. It really ought to be arranged into neat little devotional chunks, but it happens to have got all muddled up. But to treat the Bible like that is, in fact, simply to take your place in a very long tradition of Christians who have tried to make the Bible into a set of abstract truths and rules—abstract devotional doctrinal, or evangelistic snippets here and there.

The literal sense seems fine when it comes to saying, and working with, what for instance Paul actually meant in Romans. This itself can actually be misleading too, but we let it pass for the moment. So, more recently, we have seen attempts on the part of many scholars to make this very difficult text authoritative by suggesting that it is authoritative insofar as it witnesses to primary events.

This emphasis, associated not least with the post-war biblical theology movement, at least has the merit of taking seriously the historical setting, the literal sense of the text. The problem about that, however, can be seen quite easily. Would they be authoritative in any of the normal senses in which Christians have claimed that the Bible is authoritative? I think not.

Is ‘Background Information’ Ever Necessary to Understand the Bible?

In both of these variations, then, authority has shifted from the Bible itself to the historically reconstructed event or experience. Another related way in which the Bible has been used, with the frequent implication that it is in such use that its authority consists, is in the timeless functions which it is deemed to perform.

For Bultmann, the New Testament functioned among other things as issuing the timeless call to decision. For Ignatius and those who have taught Jesuit spirituality, it can be used in a timeless sense within pastoral practice. Now this is not a million miles from certain things which I shall be suggesting later on in this lecture as appropriate uses of scripture.

But at the level of theory it is vital that we say, once more, that such uses in and of themselves are not what is primarily meant when we say that the Bible is authoritative: or, if they are, that they thereby belittle the Bible, and fail to do justice to the book as we actually have it. It is something else. It seems to be that evangelicalism has flirted with, and frequently held long-running love affairs with all of these different methods of using the Bible, all of these attempts to put into practice what turns out to be quite an inarticulate sense that it is somehow the real locus of authority.

And that has produced what one can now see in many so-called scriptural churches around the world—not least in North America. It seems to be the case that the more that you insist that you are based on the Bible, the more fissiparous you become; the church splits up into more and more little groups, each thinking that they have got biblical truth right.

And in my experience of teaching theological students I find that very often those from a conservative evangelical background opt for one such view as the safe one, the one with which they will privately stick, from which they will criticize the others.

Failing that, they lapse into the regrettable though sometimes comprehensible attitude of temporary book-learning followed by regained positivism: we will learn for a while the sort of things that the scholars write about, then we shall get back to using the Bible straight. There may be places and times where that approach is the only possible one, but I am quite sure that the Christian world of is not among them.

Three Books on the Bible: A Critical Review

And my contention here is that evangelicalism has usually done no better than those it sometimes attacks in taking inspiration seriously. Methodologically, evangelical handling of scripture has fallen into the same traps as most other movements, even if we have found ways of appearing to extricate ourselves. The problem with all such solutions as to how to use the Bible is that they belittle the Bible and exalt something else.

Basically they imply—and this is what I mean when I say that they offer too low a view of scripture—that God has, after all, given us the wrong sort of book and it is our job to turn it into the right sort of book by engaging in these hermeneutical moves, translation procedures or whatever. And such views, I suggest, rely very heavily on either tradition including evangelical tradition or reason, often playing off one against the other, and lurching away from scripture into something else.

I have a suspicion that most of you are as familiar with this whole process as I am.

If you are not, you would be within a very short time of beginning to study theology at any serious level. My conclusion, then, is this: that the regular views of scripture and its authority which we find not only outside but also inside evangelicalism fail to do justice to what the Bible actually is—a book, an ancient book, an ancient narrative book. They function by tuning that book into something else, and by implying thereby that God has, after all, given us the wrong sort of book. I propose that what we need to do is to re-examine the concept of authority itself and see if we cannot do a bit better.

And that is a complex claim. It is not straightforward. In other words, they think they know what authority is and then they say that scripture is that thing. I want to suggest that we should try it the other way around. Supposing we said that we know what scripture is we have it here, after all , and that we should try and discover what authority might be in the light of that.

Beginning, though, with explicit scriptural evidence about authority itself, we find soon enough—this is obvious but is often ignored—that all authority does indeed belong to God. God says this, God says that, and it is done. God calls Abraham; he speaks authoritatively. God exercises authority in great dynamic events in Exodus, the Exile and Return. Then, perhaps to our surprise, authority is invested in the apostles: Paul wrote whole letters in order to make this point crystal clear in a manner of speaking. This authority, we discover, has to do with the Holy Spirit. 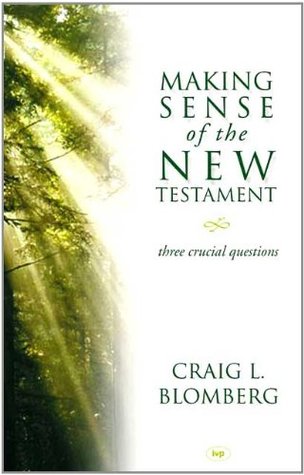 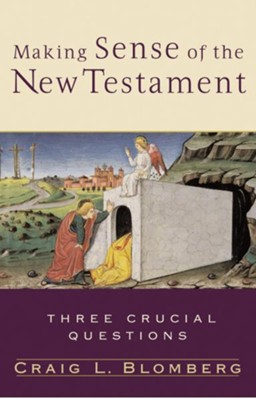